Our Supporters and Sponsors

First of all on this page we record the history of the Project and then you might like to go to Putting the Project to bed to see what the future holds and how the media and our friends reported the conclusion. 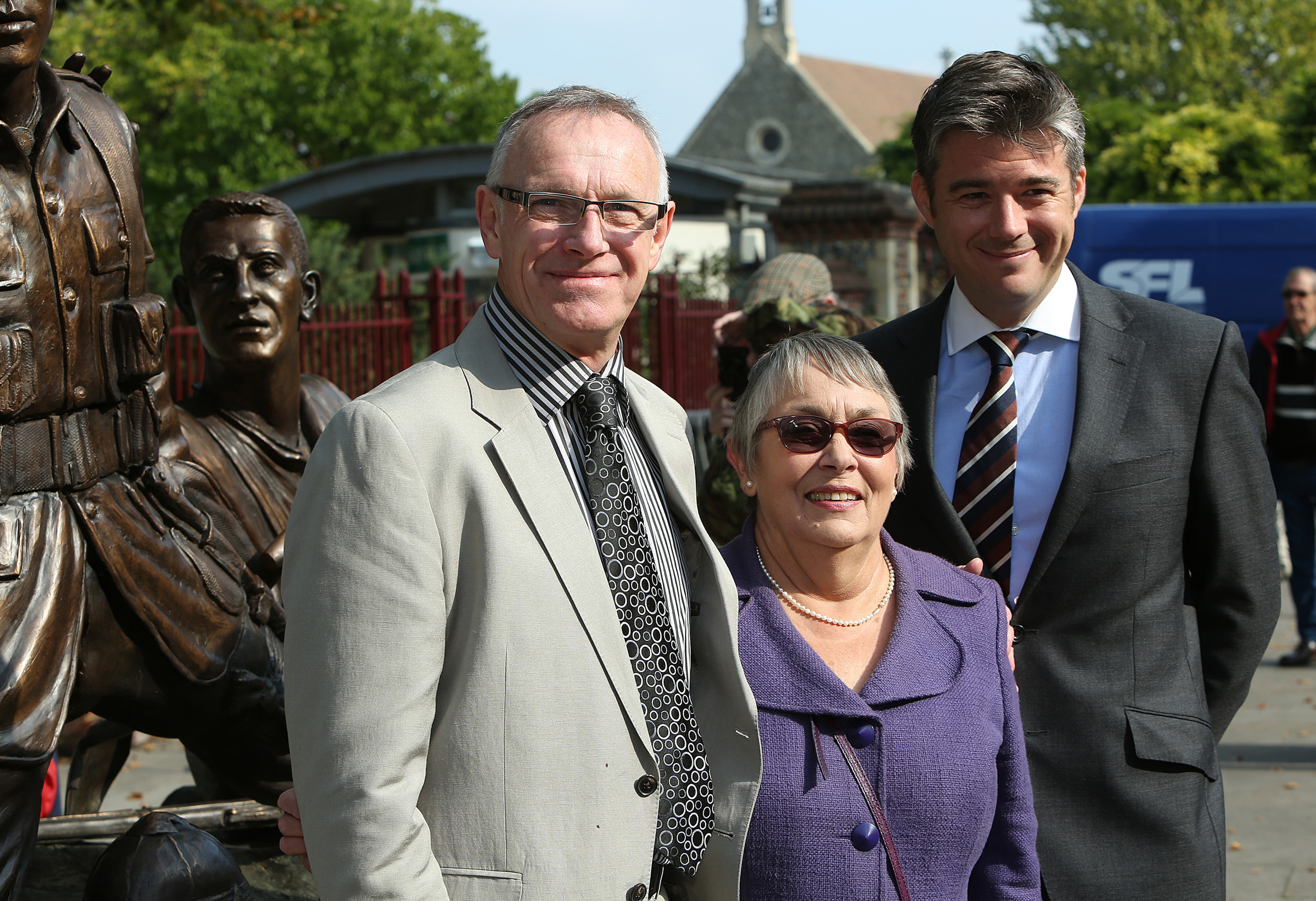 John Cooksey and Graham McKecknie with Anne Ames at the unveiling

The Project began in October 2010 when Graham McKechnie of the BBC and military historian Jon Cooksey produced a programme about the Gallipoli campaign, highlighting the exploits of Fred Potts, Reading's only born and bred VC. This was picked up by the then MP for Reading West, Martin Salter, who organised a visit to the Imperial War Museum to see Potts' VC for the families of Potts and Andrews (the man he saved) and for a few other invited guests. All agreed that something more should be done to commemorate his brave deeds.

As a result a small group got together to look at possibilities and it was agreed that what was needed was a statue somewhere in Reading Town Centre. This was chaired by Fred Pugh, then Mayor of Reading, with the active support of Reading Civic Society whose chairman, Richard Bennett was charged with raising the money, local military historian John Chapman was given the job of investigating designs and locations and finding an appropriate sculptor. The Lord Lieutenant for Berkshire, the Hon Mrs Bayliss JP, agreed to become a patron.

John approached the British Society of Sculptors for advice and as a result, drew up a design brief which was advertised in the Society's newsletter. We had 21 responses from sculptors all over the country, any of whom were more than capable of doing the job. The selection was made by the whole committee and others viewing the previous work of the 21 prospective sculptors and five swiftly emerged as favourites. Eventually Tom Murphy of Liverpool was chosen and he was asked to make a model setting out his ideas. He brought this down to Reading and everyone concerned knew immediately that this was what was wanted. But what would it cost?

Richard obtained rough estimates of all the possible costs and we came up with a figure of around £250,000. The finance committee went to work to raise the money but, despite the generosity of the public at various fundraising events and the many supporters who donated small amounts it was hard going. 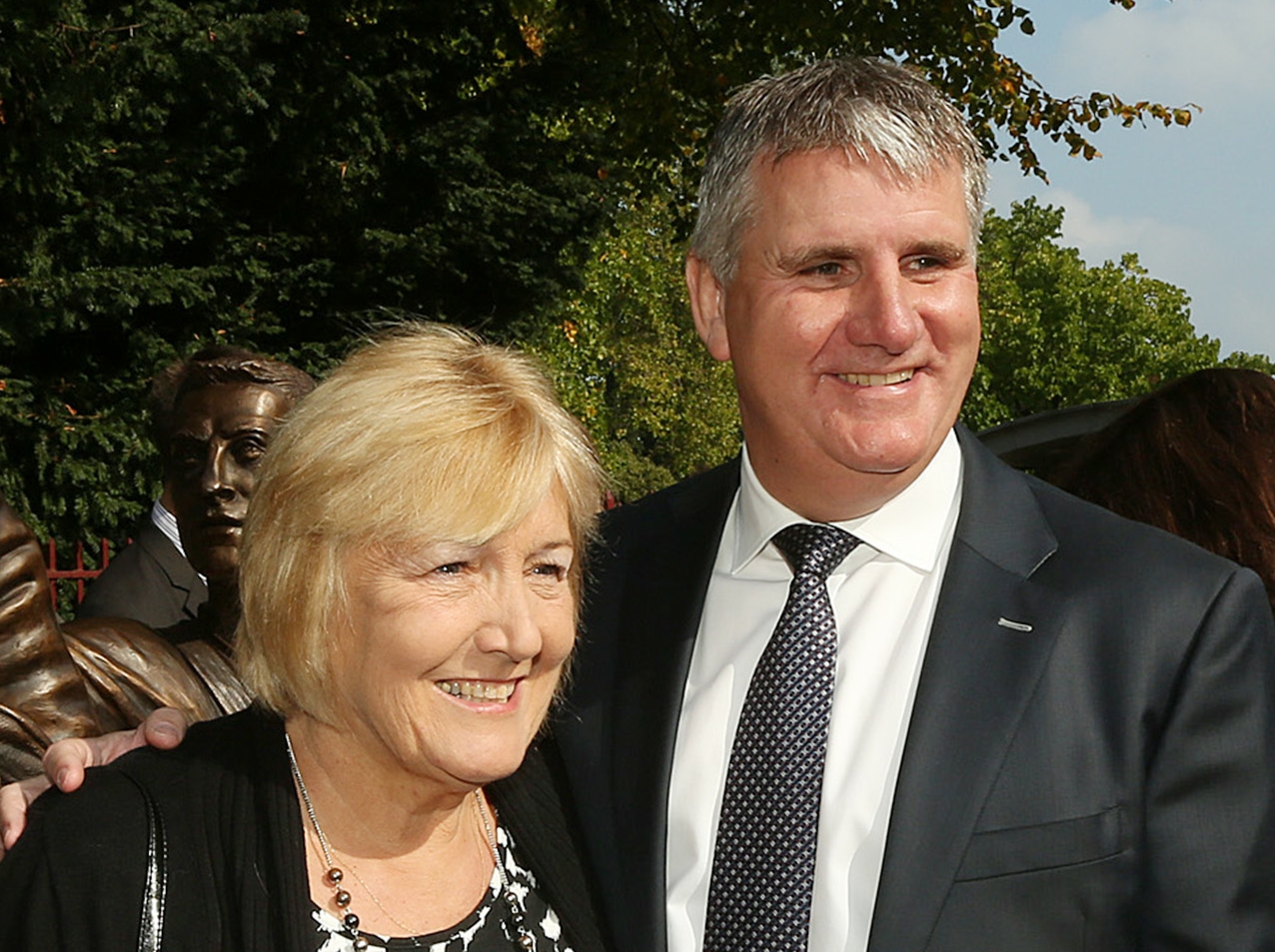 Then, in 2013, Haslams, a local estate agency, became our Major Sponsors. They gave good advice and, in September 2013, helped us to secure Chris Tarrant OBE as a Patron. Michael Naxton, Curator of Lord Ashcroft's Victoria Cross collection, became a patron at the same time. Haslams helped to organise two very successful fundraising events which were attended by significant contacts among the Reading business community. By November 2014 our revised target was reached and Tom Murphy was commissioned to start work. 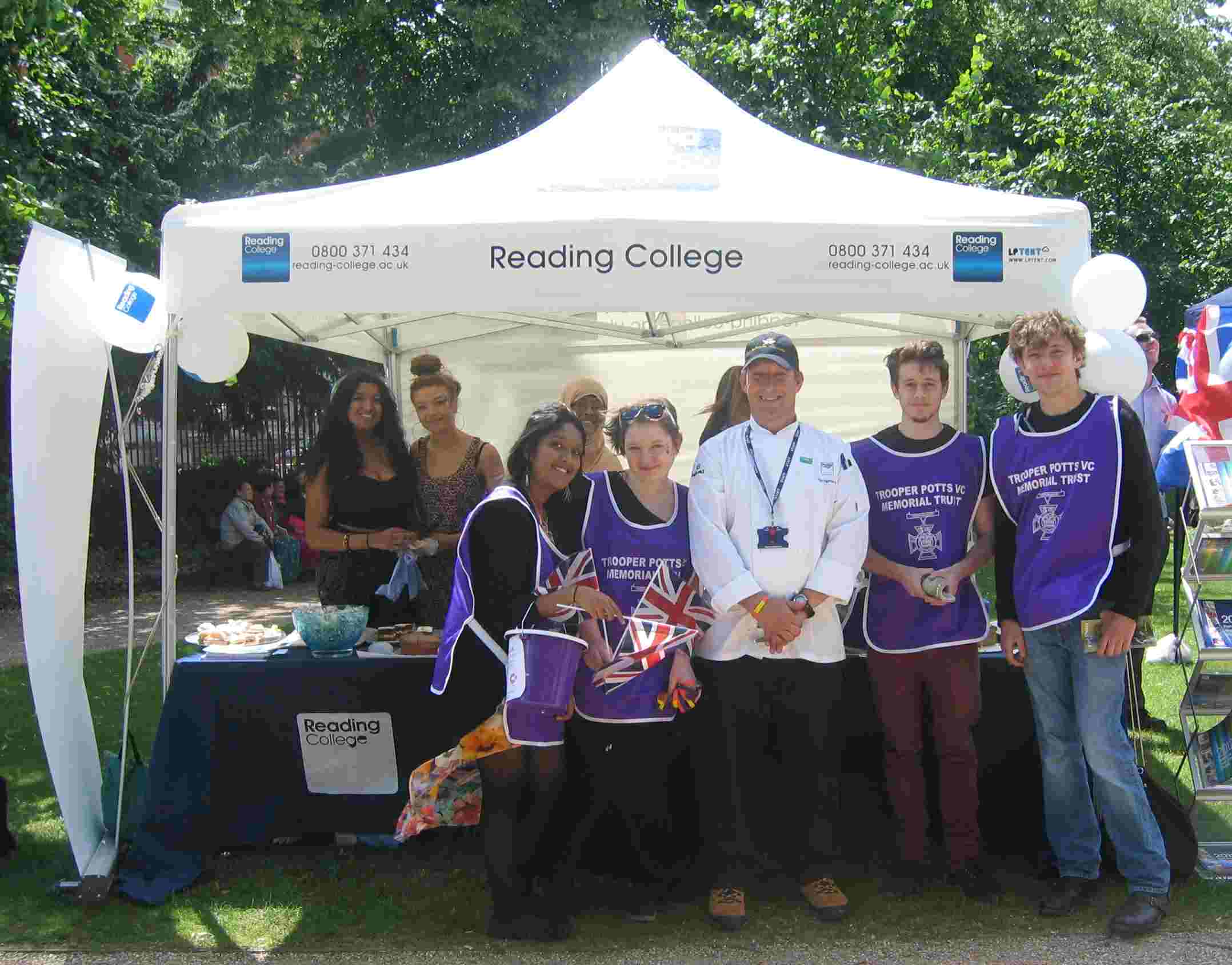 Meanwhile the Berkshire Yeomanry and Reading College had become involved as we had moved from merely erecting a statue to building a permanent memorial to all of the men of the Berkshire Yeomanry who gave their lives in the wars of the twentieth century. The College students did a lot of fundraising and helped with outreach to local schools. 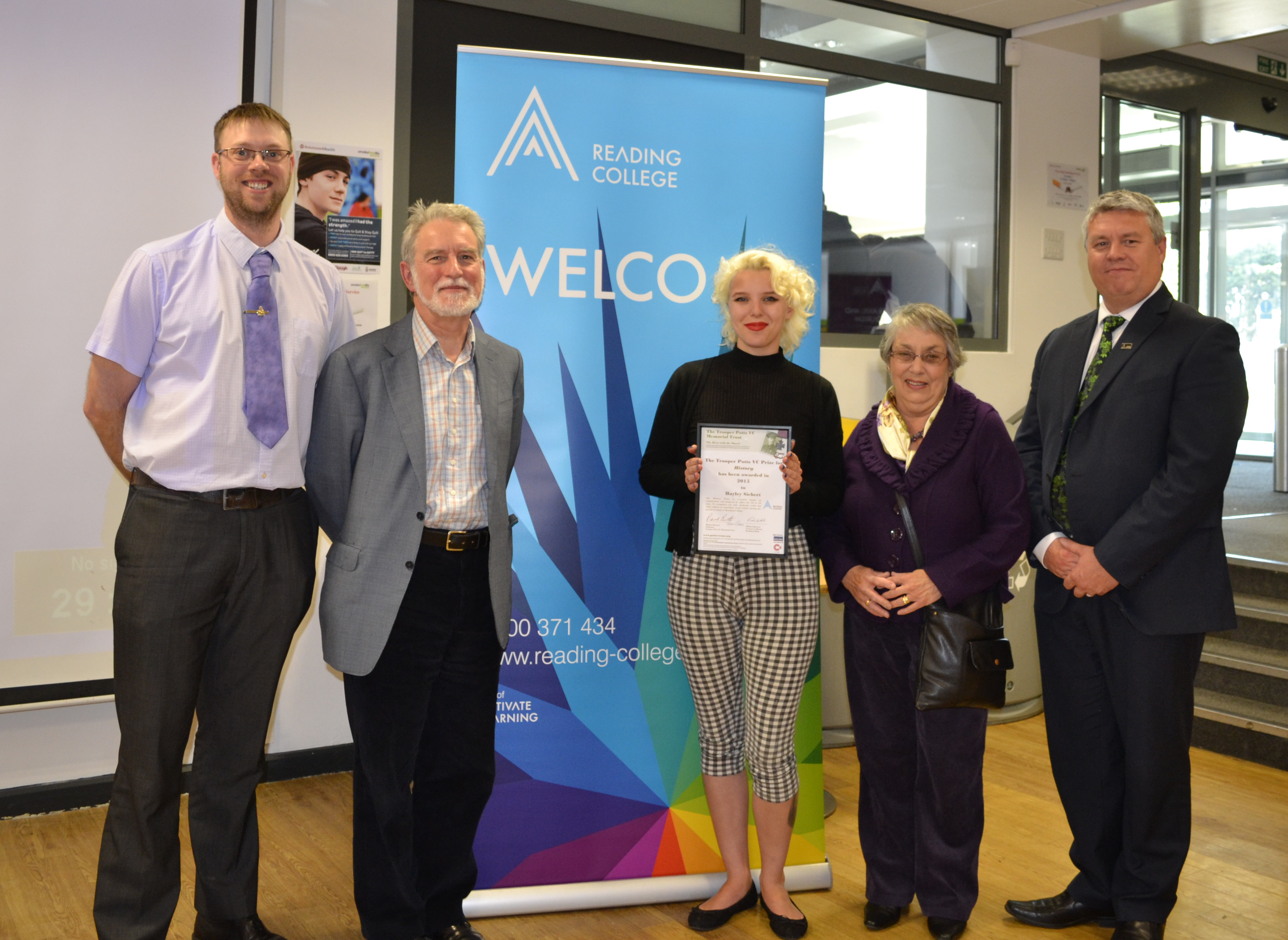 The Trust sponsored the Trooper Potts VC Prize for History at the college for three years.

We had marvellous support and encouragement from Reading Borough Council so eventually we settled on the location and began the process of applying for planning permission. The location selected was just opposite the Crown Courts in the Forbury. Planning permission was granted in January 2015. 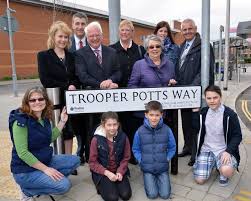 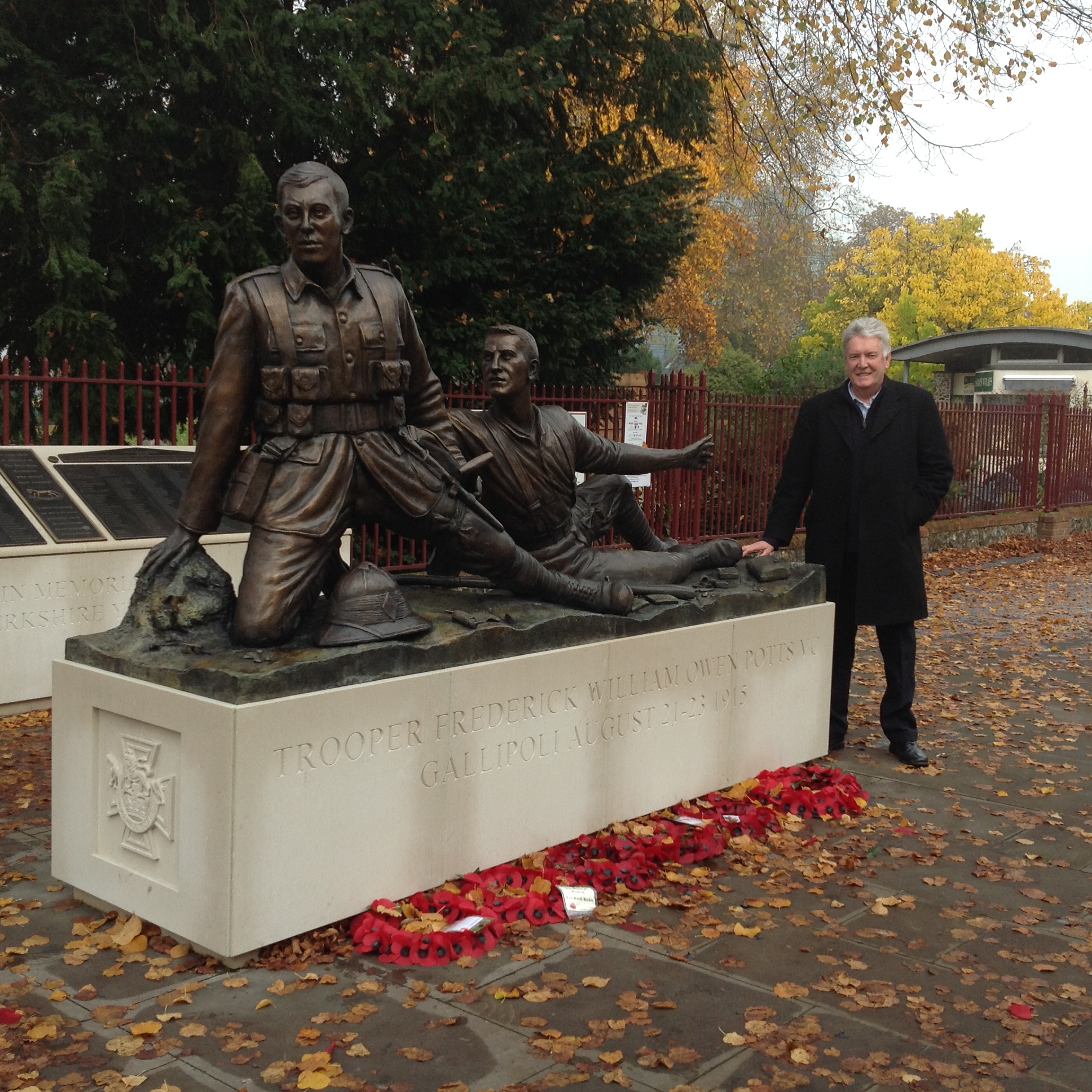 Tom Murphy with his finished work of art

Tom completed the full size clay model incorporating most of the detail requested by the Yeomanry and other military historians who like to make sure that everything down to the buttons on the tunics are authentic.

After several years of fundraising £177,000 was raised to enable work to commence. The final cost of the memorial was £154,200 but we now have to fund future maintenance and cleaning so fund raising does not stop here. 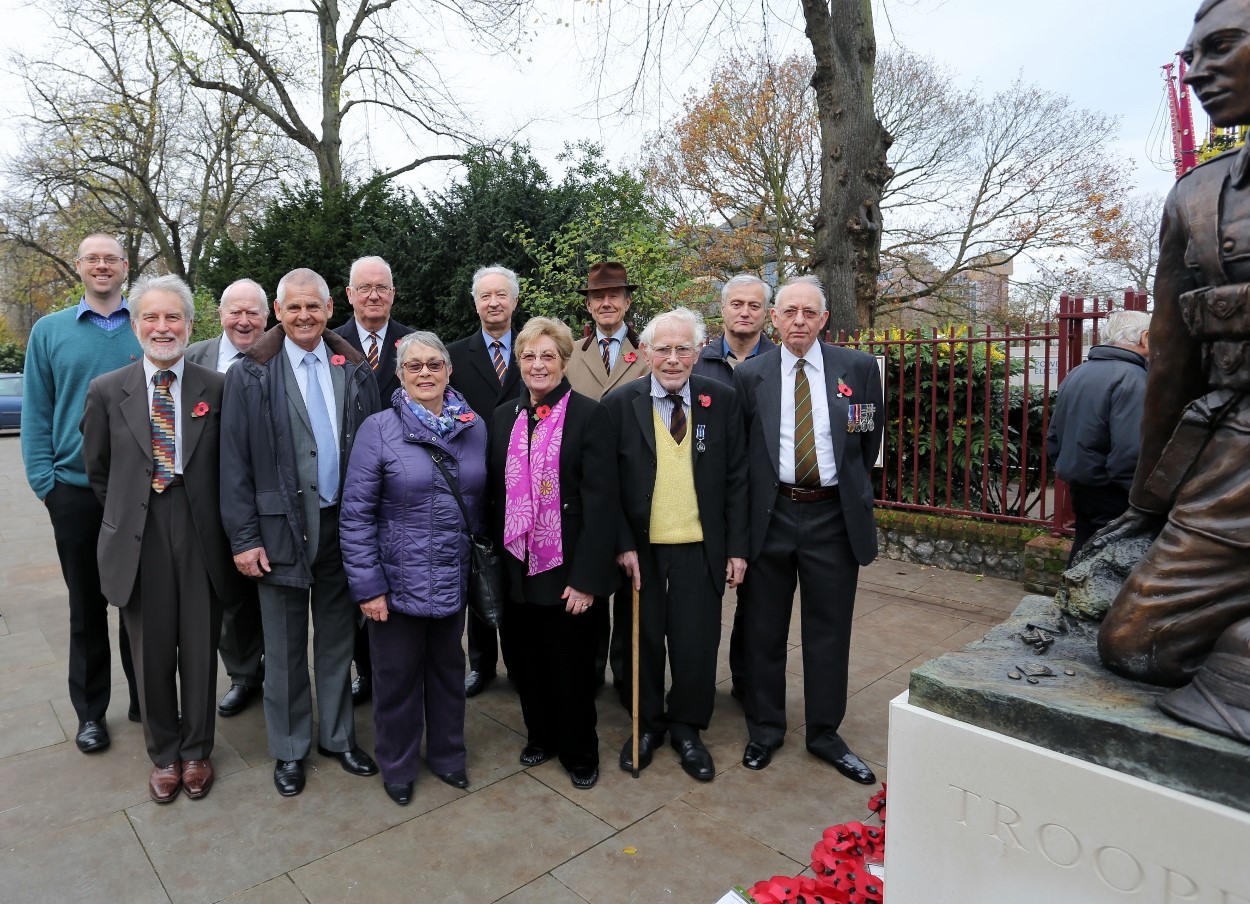